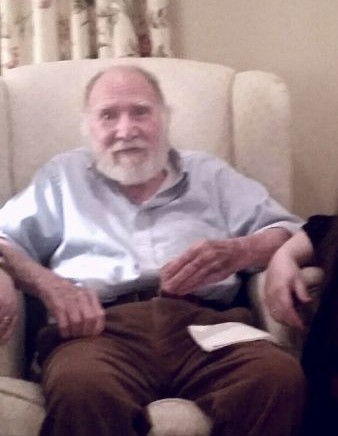 Born October 26th, 1926 in a settlement called Topolobampo in Los Mochis, Sinaloa (Mexico), he was the son of the late Claude and Flora (Scally) Couvillon. Along with his family, he moved to Los Angeles County, California and pursued higher education at Pomona College where he obtained his Bachelor of Arts degree. He enlisted with the United States Army Air Corp during WWII and was honorably discharged. He would later volunteer his services for the Korean War. A church-planting mission would bring Bryson to the East Coast where he would obtain his Masters of Social Work at Howard University.

He married Margaret Lucille Bailey on June 28th, 1954 and were married for 41 years until her death in 1999. They were long-time members of First United Methodist Church of Hyattsville and happily resided in University Park, MD. They had many adventures during their time together. Bryson was a hero when the Hotel Washington in Berkeley Springs, WV caught fire on August 25, 1974. He saved not only his wife but also several other guests, including one who was wheelchair bound.

If asked, Bryson would have said that his favorite adventure was his family. He was preceded in death by his parents, his younger brother, his infant son, David, his infant great-grandson, Derek Long, infant grandson, Robert West, his wife, Margaret, his daughter, Ruth West, and son-in-law, Mark West. He is survived by his sisters, Lucille (Bill) Harmon and Claudia (Bud) Richards, all of California; his children Paul (Janet) Couvillon of Delaware and Maggie (Larry) Jones of Florida; his grandchildren Marc Embrey, Lori (Bobby) Long, Christie (Joseph) Marth, Kevin (Dana) Jones, Rachel West, and Rebekah West; his great-grandchildren Kimberli Couvillon-Doss, Bobby Long, Britni Long, Joseph Marth, Savannah Jones, Brandon Jones, and Alex Jones; a large extended family of nieces, nephews, and cousins; many close friends and neighbors; and his buddy, Tebow, the Great Dane.

In lieu of flowers, donations can be made in his name to the Mid-Atlantic Great Dane Rescue League at PO Box 285, Hanover, MD 21076.

To order memorial trees or send flowers to the family in memory of Bryson Couvillon, please visit our flower store.