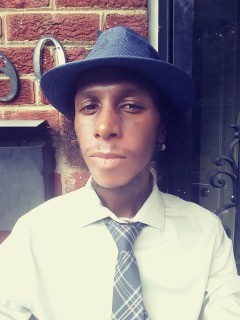 Brandon Aaron Chase was born in Washington, DC at Washington Hospital Center on July 18, 1988 as the 1st born child to Lisa Chase-Lewis and Donald Coleman. Brandon departed this world on Friday, October 5, 2018 from cancer at the age of 30. Brandon was a very smart, bright and well mannered child growing up. He did exceptionally well in school from kindergarten all the way throughout high school. He graduated at the top of his class from Crossland High School in 2006.  He also worked part-time at Wendy’s Restaurant from the 11th grade and continued after graduating.

Brandon was baptized and dedicated his life to Jehovah God when he was 12 years old and continued as one of Jehovah’s Witnesses until the year 2007.  He never stop believing in Jehovah and never became a member of any other religious organization or church, but would occasionally seek spiritual advice from friends and acquaintances he met over the years.

He then went on pursue a trade skill at Job Corp in computer engineering.  He continued working part-time at Wendy’s Restaurant until the year 2013. He later began working at Safeway Grocery Store in late 2015 until 2017. Brandon then went back to school to study Nursing but due to his illness he was not able to finish.

Brandon loved to eat and always tried to include something healthy with all his meals, you would often hear him say “I gotta get my ‘eat on’. Brandon also loved music of all kinds. He always knew all the latest songs and could tell you all the songs any artist sang. His hobbies were reading and collecting various entertainment magazines such as Ebony Special Collector’s Edition and Rolling Stone.  He also loved to draw comics and would often express what was on his mind by drawing or creating some sort of art work. Video games were also something he enjoyed doing, one of favorite games to play was Mortal Combat. He loved going to the gym at least one or two days a week to work out to stay fit. Brandon was also very sociable and easily made friends with everybody he met. Brandon was very friendly and treated anyone he met as if he has known them for a long time. He loved going to concerts, museums and being outdoors. He especially loved being with his family and was always looking for any opportunity for family gatherings or get-togethers. Brandon was very thoughtful of others and very giving. He always went out of his way to show those who he loved and cared for how special they were by giving flowers or a gift to show his appreciation and make them feel special. He would call family members or friends just to say hello and see how they were doing often. Brandon had a great impact on everyone he met and he will be greatly missed by many.

To order memorial trees or send flowers to the family in memory of Brandon Chase, please visit our flower store.