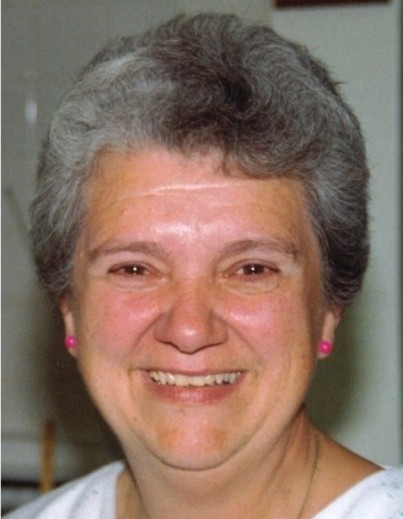 Barbara S. Conto passed away on the evening of Thursday, September 24, 2020 at her home in Hyattsville, MD after a long battle with dementia. Barbara Sue Kennedy was born on April 16, 1939 in the Southwestern Virginia town of Clifton Forge, where she spent her childhood and teenage years. In the late 1950s, she movedo to Washington, D.C. with her aunts, Shirley and Kathleen. While in Washington, she met her future husband, Joseph A. Conto. Barbara and Joe were married on May 1, 1960, then settled their lives in Hyattsville, where she remained in the same home until her passing.

In her 20's, she worked at Kay Jewelers and Pepco. Barbara and Joe had their first son, Mark, in 1963. Barbara began working part-time at the Government Printing Office and volunteering in the library at Saint Ambrose Catholic School, in Cheverly, MD. In 1978, their second son, Anthony, was born, and when he entered school, Barbara returned to work as the secretary and bookkeeper for Saint Ambrose.

Barbara and Joe enjoyed cooking, entertaining, volunteering for their church and parish school, and being involved with the Knights of Columbus and the American Legion. They also took every opportunity to travel to the west coast to visit extended family, with some fun side trips to Las Vegas. After Joe’s passing in 2004, Barbara enjoyed reading and spending time with her family. After more than 30 years of service to the school and Archdiocese of Washington, she retired from Saint Ambrose in 2010.

She is preceded in death by her devoted husband, Joseph, and her mother, Anne. She leaves behind a loving family of children, grandchildren, and great grandchildren: Mark, Anthony, Cheryl, Kevin, Andrew, Robert, Erika, Jillian, Olivia and Cameron; her aunts Shirley, Kathleen, and Mildred; as well as a large family of cousins, nephews, nieces, and friends.

Whether you called her Mom, Grandma, Aunt Barb, Barbara, or Mrs. Conto, everyone can agree that she was known for her integrity, quick wit, thirst for knowledge, kind heart, and love of life.

A viewing will be held at Saint Ambrose Catholic Church in Cheverly, MD on Monday, October 5, 2020 from 10:00 to 11:00 AM, followed by a Funeral Liturgy at 11:00 AM. Immediately following the Mass, she will be laid to rest at Fort Lincoln Cemetery in Brentwood, MD, alongside her husband and close to her parents-in-law and niece, Patricia.

The Conto family would like to express their deepest appreciation for the love and support shown by family, friends, and the many caregivers who helped Barbara.

To order memorial trees or send flowers to the family in memory of Barbara Conto, please visit our flower store.