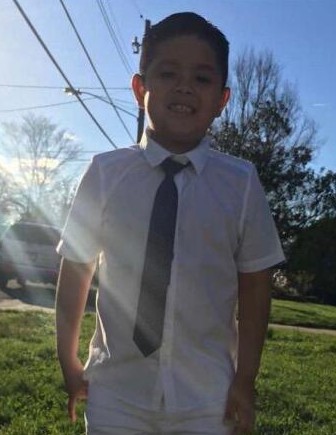 Alex Vivar Perez Herrera passed away on August 30, 2020, surrounded by his parents Cristina, Fredy, and Juan. He was born on September 24, 2010 and immediately brought smiles to every person he encountered. He was our big boy and the love he displayed was bigger than his body.

If you knew him well, you could find him in Creative cranking 90s to the sky, releasing his Beyblades to battle, or making goofy videos. His passion for games was seen in everything he did. From the backpack, he used for school to the goofy dances he randomly performed. He introduced the world of Fortnite, Beyblades, and Youtube to many of his cousins and brought countless memories of winning and learning. Games even motivated his dream of becoming a Navy Seal just like his favorite Call of Duty character, Mitchell.

He also loved many sports. He had the best arm in baseball, which led him to try football, hockey, boxing, biking, Frisbee, and even skating. Whatever he could put his hands on, he attempted and never shied from trying things out. This started at a very young age when his grandfather gave him his first instrument, an accordion. His favorite song was Somewhere Over the Rainbow which sparked a desire to learn the ukulele, guitar, and eventually the flute.

He loved his parents and family and through them he received his love for style. Alex constantly wanted to look his best and it was apparent in the clothes, shoes, and the Dior Sauvage Cologne he wore. He also enjoyed spending time with them by watching movies, visiting new cities and eating out. Even though his time was short, he taught everyone he met something about life and the importance of love.

If you would like to donate, we have a Zelle account under 240-281-4440 Fredy Herrera. Any gift is greatly appreciated.

To order memorial trees or send flowers to the family in memory of Alex Herrera, please visit our flower store.